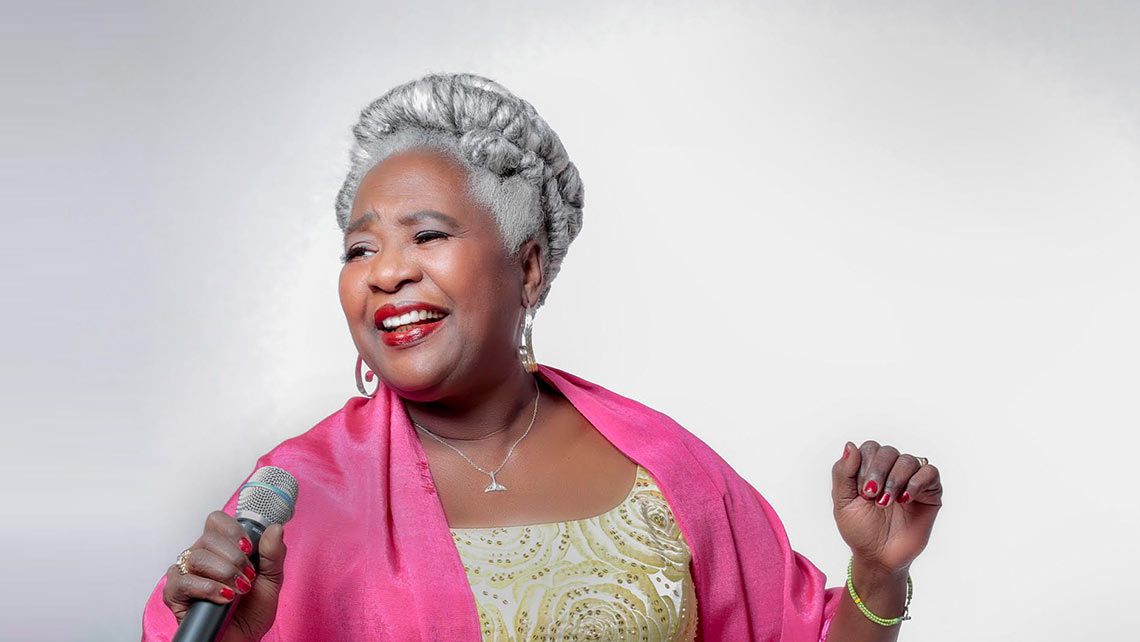 The Voice And Spirit Of Bobi Céspedes

A conversation with vocalist Bobi Céspedes easily becomes a meaningful discussion of culture, history, life and laughter. Considered the musical madrina of the Bay Area's Afro-Cuban community, she has been practicing her art there in a number of bands and performance settings for over 40 years.

Céspedes' recent album, Mujer y Cantante, was recorded with a small group that includes top notch instrumentalists, some of whom are young enough to be her sons. It gives her voice and her spirit a boost of youthful energy, so when I catch up with her from her long-time home in Oakland she is full of energy to share her history and connection to her Afro-Cuban heritage.

I confess to be a long time admirer of Bobi Céspedes and it was reassuring to know that her spiritual presence is as joyful as her voice.

[Listen to interview on npr]

Bay Area jazz awards 2020: These musicians made great music in a bad year

"The Cuba Con Alma Award: After decades of delivering Cuban standards Havana-born Oakland vocalist Bobi Cespedes released her first album focusing on her own songs with “Mujer y Cantante,” a project that combines her deep folkloric roots with her affectionate and often wry view of contemporaryCuban music. Her top-notch band is led by Marco Diaz, a commanding pianist and a warm-toned trumpeter."

The Afro-Cuban SOUL of Bobi Céspedes

"Since co-founding the Bay Area’s pioneering Cuban dance band Conjunto Céspedes in the early 1980s she’s occupied a singular position in the region’s musical landscape. Céspedes has toured with the Grateful Dead’s Mickey Hart, delivered a potent synthesis of Cuban son and East Bay grease on her 2002 collaboration with producer Greg Landau, Rezos, and belted out classic boleros on her self-released 2009 album, Patakín."

Five Things You Should Know About Bobi Céspedes

"This week’s Fridays at Five streaming concert is a celebration of the Bay Area Latin jazz community featuring the masterful Cuban sonera Bobi Céspedes and her band, joined by guest percussionist and former SFJAZZ Resident Artistic Director John Santos. Here are five things you should know about Bobi Céspedes."

"Bobi Céspedes has lived in the United States four time times longer than she spent in her native Cuba, but the island’s verdant culture soaked into her marrow and she’s dedicated herself to bringing Afro-Cuban rhythms and rituals to her adopted homeland. A relatively scarce presence on Bay Area stages in recent years — she was concentrating on getting a daycare center up and running at her house in Oakland — Céspedes settles into Ashkenaz this weekend to fulfill her dual roles as incandescent performer and charismatic educator."